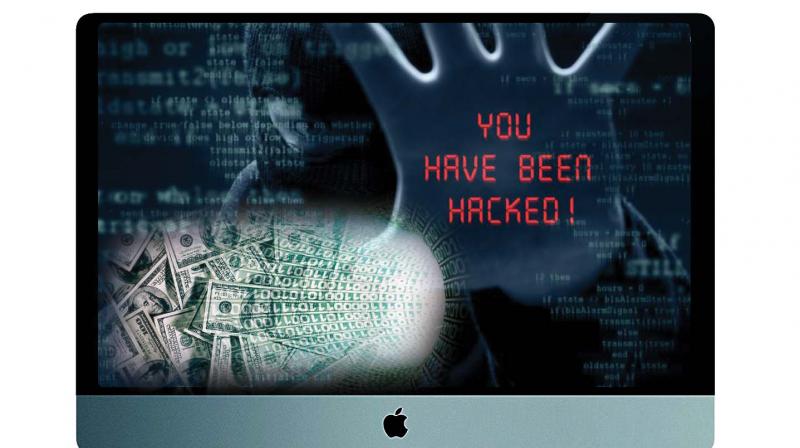 The global cost of cyber crime last year was close to US $1 trillion, according to Samartsev, and that highlights the importance of vigil on the cyber security front.

Sydney: Plotting against all the cyber security experts of the world who are brainstorming to protect their space, there is an antichrist somewhere in the "dark web" who is scheming to unleash a cyber-geddon that would likely upturn all the positives of a digitised world.

In Sydney, at an international meet on the Digital Economy organised by the Society for Worldwide Interbank Financial Telecommunication (SWIFT) from Monday, concern over malware attacks similar to the 2016 Bangladesh Central Bank heist in which US $ 1 billion was transferred overnight, hung heavy.

While SWIFT itself has proven to be the gold standard in cyber security with no displayed vulnerability, banks and even regulators seem to be worried about the consequences of coordinated cyber attacks on central financial infrastructures.

"Is a cyber 9/11 event inevitable?" was the question posed at one of the sessions today and 80 per cent of the participants, representing some of the biggest banks, financial institutions and technology companies voted to state that it could happen within a decade. And the panel of three internationally well-known cyber security experts, including the leading Russian authority on the subject, Dmitry Samartsev, agreed with this ominous prognosis.

The global cost of cyber crime last year was close to US $1 trillion, according to Samartsev, and that highlights the importance of vigil on the cyber security front.

Davos-based World Economic Forum has also highlighted cyber security and fraud as top threats to the world, next only to natural disasters. As an impending danger, it is seen as more potentially worrisome than even a terrorist attack.

The sophistication of threat actors is increasing at a seemingly exponential rate, massive data breaches are almost commonplace and the world... is nearing cyber security scenarios where every electronic gadget can be used as a weapon and anybody could be a target.

"For fighting against diseases, human beings learnt about hygiene. We wash our hands before touching foodstuff but there is no protocol that people follow to ensure cyber security," Samartsev said.

The Budapest convention is the first international treaty seeking to address internet and computer crime by harmonising national laws and enhancing investigation techniques.

Important countries like India and Brazil have declined to adopt the convention on the grounds that they had no say in its drafting. Russia is also against the treaty stating that it violates sovereignty.

Targeting social networking services like Facebook and Twitter, the Budapest convention criminalises fake news, setting a flag on accounts which carry more than 5,000 subscribers or followers.

Since 2018, India has been reconsidering its stand on the treaty after a surge in cybercrime though there are concerns about sharing data with foreign agencies.

The lack of regulation of cyber space thus emerges as a key concern area when we discuss the progress of digitisation in India.

Three recent cyber attacks involving the Union Bank of India, Cosmos Bank (a Maharashtra-based cooperative bank) and the State Bank of Mauritius branch in India highlight dangers that financial institutions face with regard to online crimes. This is not to count the routine cases of hundreds of people who lose money in the country in online crime and cyber frauds.

Of course, the organiser of the conference, SWIFT, has proven the resilience of «official structures» to withstand cyber threats.

A cooperative society headquartered in Brussels employing just about 2,000 people, SWIFT processes 30 million cross-border transactions every day worth more than US $6 trillion. It now assures a secure payment gateway with speeds of international transfers across countries and banks within 30 minutes. And it has a track record of 99.99 per cent uptime.

In fact, the syntax for financial messages is almost a SWIFT monopoly used by more than 11,000 financial institutions in nearly 200 countries. And in its 45-year history, its security has not been breached.

Yet, it has to be acknowledged that digitisation is a double-edged sword. International cooperation on fighting cybercrime seems to be more imperative now than even in fighting terrorism because a cyber tsunami can target and upturn central financial infrastructures and set us back by a century economically.