Sberbank speaks about cybersecurity at Sibos 2018 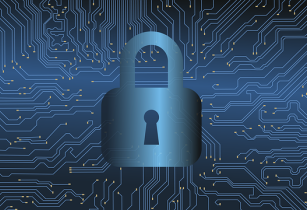 The panel was focused on the problem of constantly escalating global cybersecurity threats and the need for development of international collaboration as the only way to prevent a cyber catastrophe. (Image source: VIN JD/Pixabay)

The panel was focused on the problem of constantly escalating global cybersecurity threats and the need for the development of international collaboration as the only way to prevent a cyber catastrophe.

Speakers discussed the worst scenario of the exacerbation of the growing cyberthreat that only begins to be acknowledged as one of the major global risks.

Dmitry Samartsev highlighted the borderless nature of cybercrime and emphasized the need for an open dialogue and global collaboration against the ever-rising threat. "Cybercriminals have no borders what allows them to constantly share information and always be two steps ahead of the law-abiding world. We have to learn how to communicate in times of global geopolitical turbulence and build effective cooperation model against organized cybercrime," he commented.

"Sberbank covers over the half of the financial market in the region, what makes us the prime target for Russian-speaking cybercriminals located in Russia, former USSR republics, Eastern European and CIS countries. In 2017 our advanced cybersecurity system allowed us to ward off 100 per cent of cyberattacks," added Dmitry Samartsev.

Sibos is an annual event organised by SWIFT that features conferences, presentations, panel discussions and exhibits. Sibos is attended by shareholders, members of the SWIFT community, national associations and partners. The event aims to discuss the most relevant issues facing the SWIFT community.